Covered a candle light vigil at Veteran's Square in Laconia tonite. In the rain no less! The vigil was to bring awareness to the plight of the homeless. I didn't hear the exact number, but many people died this year in NH as the result of being out on the street. Either because of unsafe conditions, or due to poor health or the elements. I hope that my shots that accompany the newspaper article will help to raise awareness. Here are a few shots. 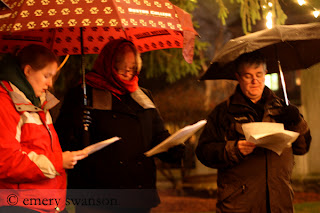 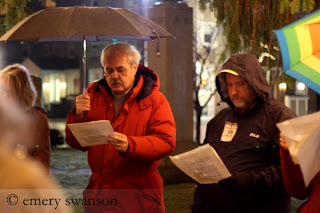 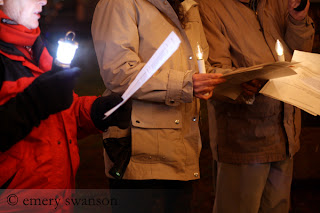 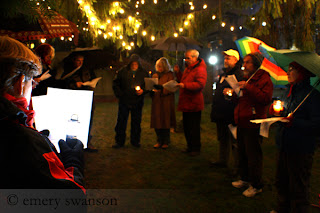 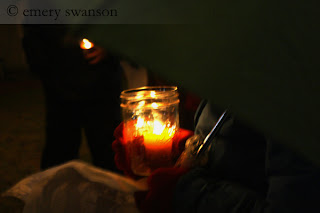 Makes me stop and reflect and be thankful for every blessing I have. Which are numerous.
God bless
Em
p.s. With shooting in these conditions, you want a fast lens. I used my 50mm for most of the shots. Put ISO on Auto. Ended up being around 400. Used a tripod and remote. Shutter was at 1/15s. and Aperture was F/5.6. Still had to use Photoshop to adjust the levels to bring up the light.
Tonite - Off to Moultonboro Academy to shoot a basketball game.
Posted by Emery at 6:47 AM