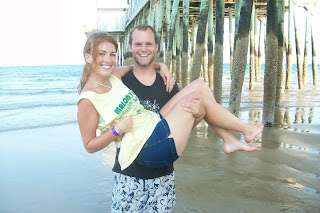 My daughter Taylor and her boyfriend Jeremy came home for a 10 day vacation. While here, Jeremy asked Taylor to marry him! Sue and I couldn't be happier. They are wonderful people and we are proud of them.
Jeremy asked my permission to marry my daughter. I was deeply touched, and impressed by the action. He is a great guy and I couldn't have asked for a better son-in-law. He had this all worked out for 2 months. He proposed at an Edward Sharpe and the Magentic Zeros concert in Burlington, VT. This is one of their favorite bands.
The band brought Jeremy up on stage. Taylor was told that they had won backstage passes, and didn't know what was happening. But Jeremy proposed, Taylor said "Yes!", and everyone danced.
Here's the video someone posted:


A very memorable night for the happy couple. Our son Jordan and his girlfriend Shelbie were there to witness the event.
Taylor and Jeremy plan on getting married sometime next year. So that gives me time to save some $ and to lose some lbs! 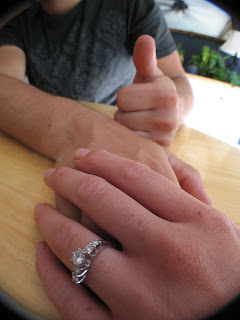 What else happened this month? We went camping with all the kids (Ashley and her BF Tom, Taylor and Jeremy, Jordan and Shelbie) in Campton, NH, and went tubing on the Pemi. Nice relaxing time. Water was nice, weather was fantastic!
Also, Sue and I got away another weekend and camped in Meredith. Very relaxing. I could get used to this. Sue and I are starting to toy with the idea of getting rid of the pop-up camper, and getting a larger one and a season campsite.

I've also been spending a lot of time this summer taking pictures and learning about photography. Wish I had started years ago, because I am really enjoying it.

And starting August off with my 12th Anniversary. Sue and I celebrated and took Taylor and Jeremy, Jordan and Shebie, and our nephew and his GF Heather out for dinner and the town Docks in Meredith. Not the best food around, but great Margaritaville atmosphere.
Anyway, it has been a wonderful 12 years with Sue, and I can't wait for the next 40 or so. I love her to pieces!
Ok, so now we're in August...Let see what excitement this month brings!
Til next time!

Been a busy month and 1/2. Spent 10 days at the end of June in Holland Michigan visiting sister-in-law Terri and her fiance Ron. Great people, great times, beautiful place.
Spent some time at their camp, kayaking for hours down the Muskegon River, never could figure out the point of kayaking (probably get the same questions from people wondering why I golf). But it was a blast. Good exercise, very relaxing, and beautiful sights. Saw 3 bald eagles on the river and took tons of pictures. Now I understand kayaking.. 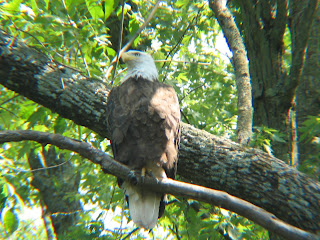 Holland was a beautiful city. The town does it up right. Every building is neat and picturesque. Beautiful schools, skateboard parks, bike trails everywhere. The whole town is bike trails! We rode and rode. Loved it!

Spent some time at lake Michigan at the state parks. Hard to believe it was lake water. Looks so much like the ocean. 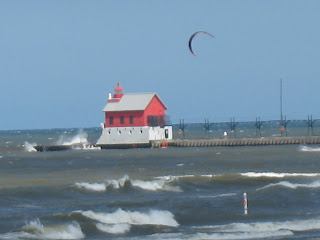 Michigan was a wonderful place to visit.

On the way home, Sue and I stopped in Niagara Falls. Just breath-taking. Made the hairs on my arms stand up. I could sit and watch the Falls for hours. But we did have to stop at Margaritaville for Cheeseburgers in Paradise and Pina Coladas. Mmm Good. We were in Niagara Falls for Canada Day and Independence Day weekend. Very busy. 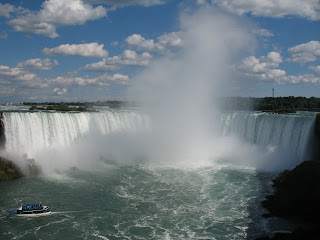 Well that takes us thru the end of June and into July. What will the rest of the month bring us? I hope to catch up with the blog soon. Stay tuned.

Stay cool!
Posted by Emery at 9:16 PM No comments: