Where has the summer gone?

Jeeze we're almost halfway through August. Almost 2 months since my last blog. Not for lack of desire that's for sure. Just been a wonderfully busy summer. As most of you know, Sue and I moved to ColdSprings campground in Weare to be closer to my office. And also, just to see how we like the campground life. We've thought about RVing it in the future and this gives us an opportunity to see if we like living in a 30ft trailer. So far, so good! Meeting lots of great people and making good friendships.
Two months from now,  we'll be heading back to Gilford,  and I'll start making that miserable 1 hour commute to work. Unless we can sell the house. But I don't think that will happen in this economy, so I'll have to suck it up.
When I haven't been doing laps in the pool (ie: floating on a noodle), or chasing a white ball around my new home course (Stone Bridge CC), or celebrating the "Summer of Beer", I've been exploring Manchester. A client gave me the assignment of decorating their new office with scenes from around town. So before, and after work, I've been exploring the Manchester waterfront on my bike.  Found lots of beautiful locations, and got some great shots. I was up at dawn scouring the town and catching the sunsets after work. I had a blast! And not only did my hard work make the client happy,  but my eyes were opened to what a really cool place this is. Wish I had more time to explore. It's made the move down here quite bearable.
So that's what I've been doing for the past 2 months. And now I need to get ready for Weare Old Home day on August 25th. I'll have a booth there, and I've got a week to finish getting some shots from around town for the locals.
And now for your viewing pleasure, some sample shots from Manchester... 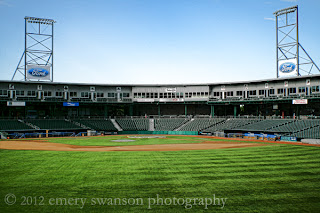 Fishercats Stadium
Sweet-talked a hotel concierge to
let me go out on the hotels patio to
get this shot one morning. 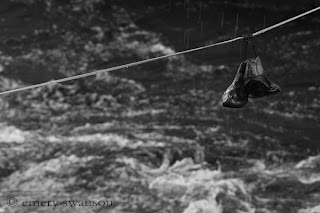 Shoes on a wire...
Over the Merrimack Rover 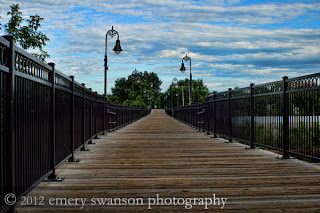 Pedestrian Bridge over the Merrimack River 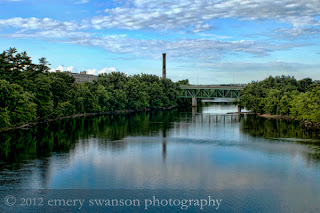 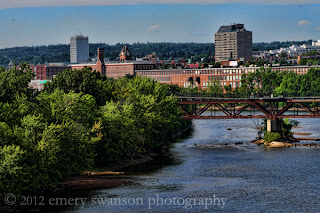 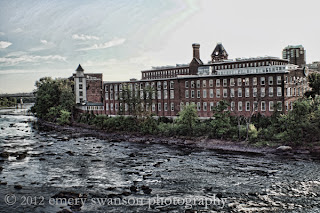 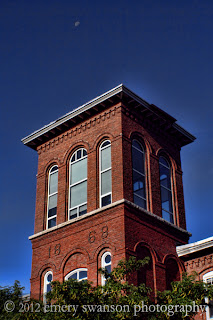 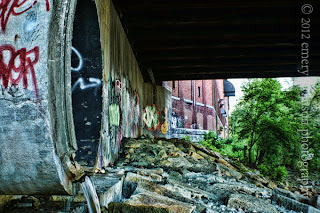 Joker's Lair
Under the Granite Street Bridge.
6:30am and all is quiet 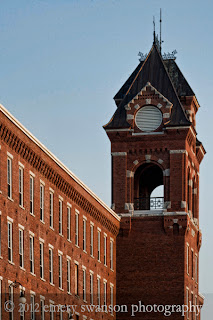 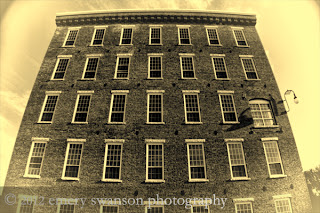 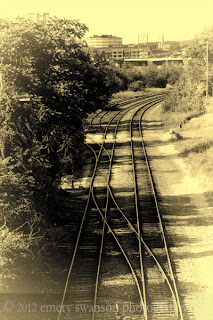